After the success of the loquat liqueur that I now make every year, this year I wanted to try something new.
I came across this brandy plum recipe. It says people requested the plum brandy as gifts because it was so nice. I am not a brandy drinker but the loquat liqueur worked out so I was up for the challenge.
It worked really well, mine is quite sweet. It is very drinkable and delicious with a piece of dark chocolate. 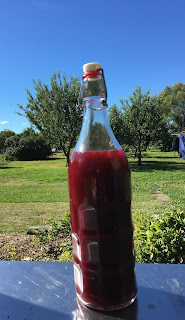 This year we also made cider with our own apples. 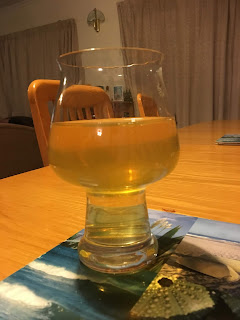 The apple festival in Wakefield is an opportunity to get apples pressed. I took along a mixed basket of our different apples and returned with 5 litres of delicious apple juice. 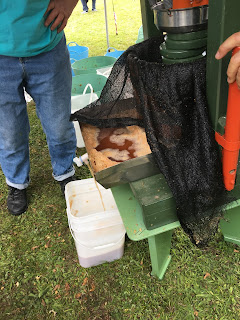 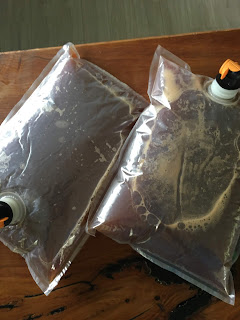 I added 500ml of water to bring the specific gravity down so that the final alcoholic content would be around 4.7%. I did add yeast. I used a Belgian beer yeast because I thought the fruity notes would be nice. I let it ferment in our beer fermenting fridge at 18C until it stopped bubbling. 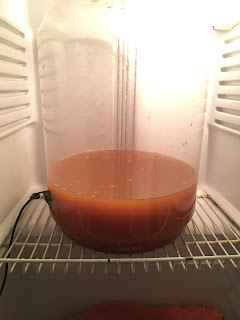 It was quite dry tasting so I back sweetened it with splenda to the level of sweetness I preferred, through small additions. I bottled it with additional 5g sugar per bottle to make it fizz.
It is very nice, sweet, but not oversweet, and with a strong apple flavour. Next time I might use an ale yeast instead because the flavours of the Belgian beer yeast I think detract from the apple. I think mixing apple varieties is a good idea to get a complex apple flavour.
I also want to experiment again with juicing rather than pressing. The juicer apple juice was not very nice compared to the pressed apple juice but I cannot find a reason why it should be so different.
This coming summer it might be time to try perry.